Home  »  Healthy Eating • Vegan Meals   »   Vegan Protein: What You Need to Know About It and 7 Easy Sources 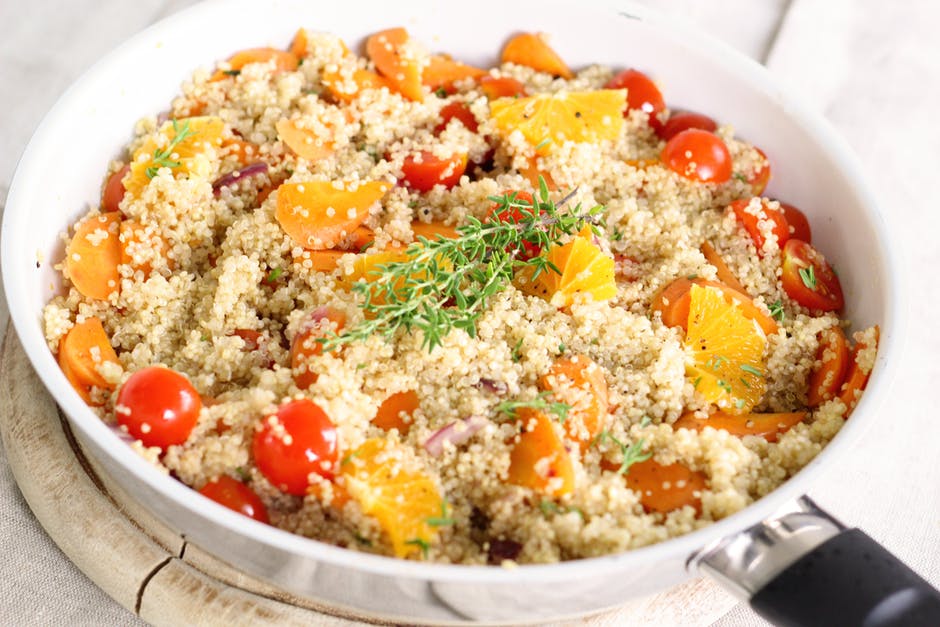 Veganism is often associated with weakness, and criticized as unhealthy. The bias for animal protein is quite strong, especially in the U.S, and people remain quite skeptical towards veganism as a way of living.

But there’s now so much information out there, and we’d like to figure out whether any of those myths are true. How do vegans really acquire protein without meat as the main source? We did some research, and discovered some shocking and delicious sources of 100% vegan protein.

Talk about versatility, Quinoa has it all. It makes a great substitute for rice and can be used to make breakfast casseroles, muffins, and even cookies.

Often known as the “gold of the Incas”, quinoa has a ton of nutritional value. It has has more protein than any other grain or seed, and NASA actually has astronauts take it with them on space travel because of its nutritional capacity.

Quinoa used to be tough to make, but with the creation of the instant pot, it’s come significantly easier to cook over the past few years.

Transitioning to a plant-based diet might start making you go crazy if you don’t start eating a lot of soy. Protein derived from soybeans is a phenomenal replacement for meat. It’s high in protein and contains all the essential amino acids that are found in pork and beef.

Soy comes in all different forms. The most popular form is tofu, which is made from curdled soy milk. Soy is an iron-rich liquid extracted from ground which has 10 grams of protein per ½ cup serving. You’ll see tofu in all kinds of dishes today, including burgers soups and stir-fry.

Derived from wheat gluten, seitan was first created by Chinese Buddhist monks as a meat substitute. It can be pan-fried, sautéed, and grilled, making it the perfect meat proxy dish.

Seitan has 21 grams of protein per 1/3 cup of serving and is a good source of selenium, iron, calcium and phosphorus. It also provides a modest amount of B vitamins and iron and contains no saturated fat or cholesterol. However it is not recommended for people who have celiac disease and gluten intolerance.

Vegetables and fruits are indeed healthy foods, but aren’t really packed with protein. However,  they are a great side-dish to complement the taste of the dishes that we described above.

If you’re gluten intolerant or trying to preventing heart disease, then oats are perfect for you. Oats are gluten-free and commonly eaten as porridge, but they may also be used in a variety of baked goods, such as oatcakes, oatmeal cookies and oat bread. To be able to make these dishes, make sure to have the best KitchenAid mixer in your home to decrease your cooking time.

I assure you that hemp seeds won’t get you high. Even though the hemp seed comes from the Cannabis sativa plant, which is notorious for belonging to the same family as the marijuana plant, hemp seeds actually contains nine essential amino acids, a good amount of magnesium, iron, calcium, zinc and selenium. What’s more, they are a good source of omega-3 and omega-6 fatty acids. You can add them to smoothies or baked goods. They can also be a dairy-free way to add protein to your diet, and they have even less calories than skim milk.

Looking for an inexpensive, highly nutritious solution for protein that has a long shelf life? Lentils contain the third highest amount of protein of any legume, listed only below soybeans and hemp. They are also high in folate, fiber, manganese, and iron. They can be used in a variety of dishes, ranging from fresh salads to hearty soups. In addition, the type of fiber found in lentils has been shown to feed the good bacteria in your colon, promoting a healthy stomach.

Obtaining protein without the need for meat is simple as long as you have the right sources. Almost all seeds, beans, grains, and vegetables contain protein, so protein isn’t much of a problem for a plant-based diet. You just need to have a good plan and know the right type of food.