Anybody with kids has been there before. You make a nice meal, you have everybody sat around the table, and then one voice pipes up. 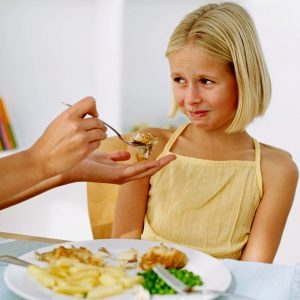 Or words to that effect at least. Kids don’t always want to eat what’s good for them, especially if they don’t understand what the foods they eat actually do for them. Of course, trying to compare broccoli to chocolate isn’t going to win anybody over, so as a parent you need to figure out some ways to make sure your kids eat healthy and balanced meals.

I’m here to help with that. There are a few good pieces of advice that I have developed over the years that I think you may be able to put into practice. 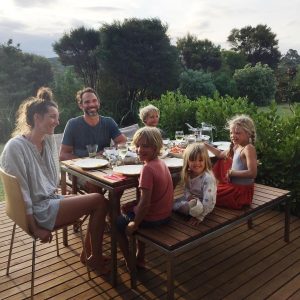 Not only does this bring the family closer, but if you are eating the same foods as your children right in front of them you will be setting an example for them to follow. Try to serve meals when everybody can be at the table and share in the experience together.

How much do your kids really know about the foods they eat? It may be enough for really young kids to be told that sugar rots their teeth or vegetables will make them grow big and strong, but older children tend to have a lot more questions and may start doubting such examples of parental wisdom.

To counter this, really think about why you want your children to eat the foods you serve up for meals. Think about why you eat those foods yourself and then try to explain that reasoning in a language your children will understand. The key here is to motivate the children to eat the right foods for good reasons. If you can do that, you should find your kids will even eat foods they don’t like if they understand why it is good for them.

The best and most nutritious meals won’t mean much if your house is stocked up with junk foods for your kids to snack on. You should aim to fill your cupboards and fridge with fruits, peanut butter, yogurt, and other foods that are good for them.

Of course, this doesn’t mean you should prevent your children from having any treats at all. Balance is important in any diet, so the occasional candy bar won’t cause any major issues. However, if that’s all your children eat, then eventually you’ll have to take them to a kid’s dentistry to fix the dental damage caused by excess sugar.

Be A Good Role Model 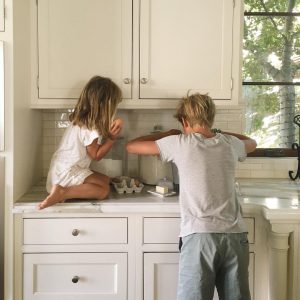 I touched on this point earlier but it is worth elaborating on here. Kids will look to their parents to see how they should be behaving, so if you’re telling them to eat that stick of celery while leaving your own untouched you are going to look like a bit of a hypocrite.

Set a good example by following the same nutritional rules that you ask your children to follow. You should also apply this to portion control. If your kids see you overeating, they are likely going to develop a distorted idea of what proper portions look like. The main takeaway here is to try to think more about what your children see when they look at you.

We’ve all been guilty of this one, including me. Making your children eat everything on the plates or bribing them with sweet foods if they finish can seem like a good idea, but it doesn’t really work too well.

By doing the former you prevent children from understanding when they are full, which may lead to them overeating later on. Doing the later reinforces the idea that the foods you serve need to be fought past to get to the good stuff.

Instead, make sure your kids eat at least some of each meal served and reward them with hugs and praise for healthy eating.