Congratulations, London, which has just been crowned the world’s Cocktail Capital. 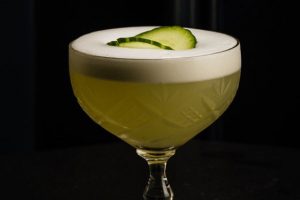 There is officially nowhere better to order a drink on the planet, according to the Spirited Awards. The glamorous, luxurious and lavish Dandelyan, which has a prime spot in the Mondrian on the South Bank, deservedly took the gong for best new international cocktail bar. Its menu of innovative, fruity and fearsome concoctions, featuring ingredients like dandelions and chalk bitters, has seen it become a firm favourite among cocktail connoisseurs. Recently, it launched a whole new range of “conifer” cocktails created from leaves and roots. With names like “catkin” and “forest cobbler”, they’re light and refreshing summer drinks, in pale, pastel colours.

Meanwhile, last week we hit some of London’s newest cocktail bars. First up was Joyeux Bordel, a new underground bar in Shoreditch from the French quartet behind Soho’s Experimental Cocktail Club. Dimly lit, with DJs curated by the Clove Club’s Daniel Willis and a 3am licence, it’s a great new night spot in an otherwise tediously trendy area. The owners taste-test every cocktail and the list is knock-out elegant. Our favourite was the Saint-Germain-des-Prés, made with Hendrick’s gin, St Germain, lime, elderflower, egg white, spiced tincture and cucumber juice. The recipe is below for you to recreate this delicacy at home.

We also returned to the newly opened Tonic and Remedy, a brilliantly contemporary take on the classic apothecary, housed in a glass room on the first floor of the attached Montcalm hotel in Old Street. The cocktails are herby, innovative, potent concoctions. They’ve been designed by the mixologist Jeremy Pascal – who’ll happily suggest one of his alcoholic remedies for any ailment of yours.

1. Place all the ingredients into the cocktail shaker, without the ice, and shake vigorously. Top up with ice and shake again for 20 seconds.

2. Double strain into a chilled coupette glass and garnish with a slice of cucumber. Enjoy!