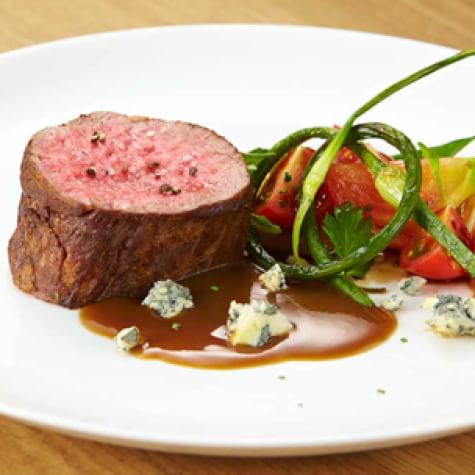 Move over, pressure cooker, as sous vide is currently all the rage. This way of cooking was popularized in America by top chefs, such as Thomas Keller of Per Se. But what does this process entail exactly? Can you pull it off right in your own kitchen?

The answer is yes, though it’s not as simple as it looks. To understand why, it’s best to first explore what this process really is and how it actually came about.

A Brief Overview and History of Sous Vide

When you hear of food in a vacuum-sealed pouch that’s cooked by immersing it in boiling water, you think about instant food. But that’s essentially what sous vide is. While the entire process takes hours to finish compared to other cooking methods, it requires less prep time and results in perfectly cooked food.

Sous vide, which means “under vacuum” in French, was first devised by engineers as a way to preserve and cook food on an industrial scale in the 1960s. Manufacturers such as the W. R. Grace Company specialized in making food-grade plastic films, even establishing the Cryovac division to create vacuum-packed food.

However, it took chef Georges Pralus to bring the process from a factory to the kitchen. In 1974, he was enlisted by three-star chef Pierre Troisgros to find a new way for cooking foie gras without losing half of its original weight. Pralus had the idea of wrapping the ingredient in multiple layers of plastic while cooking. After several experiments, they eventually found a way to cook foie gras that would only result in a 5% loss of its weight.

This propelled Pralus to collaborate with Cryovac and to open the Culinary Innovation school. Regarded as the Father of Sous Vide, Pralus had trained thousands of chefs in this technique.

Meanwhile, in the same year Pralus worked with foie gras, scientist Bruno Goussault presented a paper on cooking with sous vide. He demonstrated how this process can extend the shelf life of beef shoulder by up to 60 days. Eventually, both Goussault and Pralus worked together, thanks to the prodding of executives at Cryovac.

Today, Goussault’s Cuisine Solutions remains one of the largest manufacturers of sous vide food items in the world. The company’s clients include Costco, Hilton Hotels, and the US military.

Now that you know a little more about the history of sous vide, you may be more intimidated to try it out. After all, you may think that you need a restaurant-level kitchen to pull it off. But thanks to the popularity of this technique, sous vide equipment is now quite affordable.

First, assemble your temperature-controlled water bath. Look for a plastic container large enough to put whatever you want to cook in, plus enough water to completely cover the bag. Then pair it with an immersion circulator, which as the name suggests, heats the water up and circulates it in the container to cook it well. There are basic immersion circulators that go for around $100 to $200, the same price range as some high-end pressure cookers.

Then, of course, you’ll need a plastic bag and a way to vacuum seal it. If vacuum sealing equipment is out of the budget, you can use Ziploc freezer bags or even a canning jar for liquids. Binder clips are also recommended to keep the food bag in place.

Finally, don’t forget the food you’d cook the sous vide way. It can be meat or a medley of vegetables. However, if you’re fairly new to the entire process, it’s better to follow a sous vide recipe for guaranteed results. Otherwise, you can end up with a bag of tough sinew instead of that perfectly cooked steak or a pouch of mush instead of a mouth-watering piece of salmon.

Tips and Tricks for Sous Vide

Of course, following a recipe is not the only way to get sous vide right the first time. Here’s a couple more tips that you can use:

Since the immersion circulator will heat and stir the water in the bath, some of that water will eventually evaporate and shut off the circulator. Hence, you can cover the bath with aluminum foil or plastic wrap to prevent steam from escaping. That water vapor will eventually condense and go back down to the bath. Alternatively, you can even add a handful of ping-pong balls in the bath instead of covering it-this breaks down the water vapor as it rises.

Add an Insulated Pad Under Your Sous Vide Container

Most sous vide recipes take hours to finish. This will mean that your countertop will be exposed to heat for a long period of time, which can lead to discoloration. Hence, you should make sure to add insulation-such as a thick rubber mat-to prevent any damage. Besides that, remember to stay safe and not come into direct contact with the countertop, the boiling water, or even the steam. As temperatures will be high, it is very likely to cause thermal burns (here’s some additional reading on that) if proper safety measures are not taken. So, stay safe when you cook!

As you can see from this piece, sous vide is a godsend for large-scale food and beverage operations. While you may not need to scale your cooking just yet, it’s still an interesting process that you should try at home.